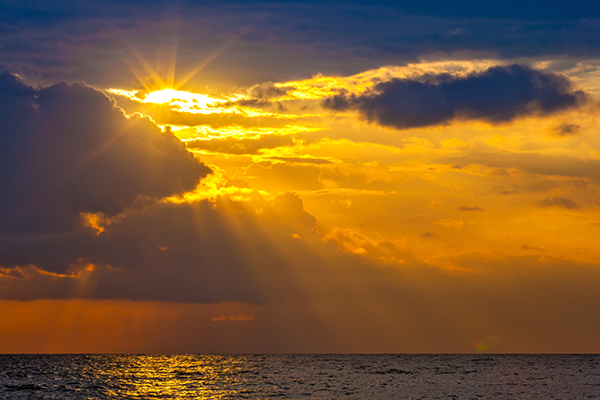 Do you wonder why there is suffering? Ever struggle to know if God cares? In this second post of a two-part blog series regarding suffering, Pastor Chris, Pastor of Soul Care, shares three encouraging stories of how God is delivering some of his people at Harvest by their suffering. You can read part 1 here.

In last week’s blog post, we developed a theology of suffering and concluded that:

1) God’s goodness and sovereignty are magnified in suffering.

2) Christ’s supremacy is exalted in suffering.

3) As Christians, our hope of eternity is awakened in suffering.

This week, we demonstrate what this looks like in real life by sharing three encouraging stories of how God is delivering some of his people at Harvest by their suffering.

At 12 years old, Nicole was diagnosed with an eating disorder. She vividly remembers the physical and spiritual pain during that time and also the fear and confusion that came with it. Initially, she suffered the physical pain of deciding not to eat; but over time this led to a “numbing” effect, especially as her body began to shut down and stop functioning properly. At the same time, she was angry with God and even prayed a “goodbye” prayer, believing that her relationship with him might be over.

Her parents, Jim and Kristen, felt helpless and alone, as well as guilt, shame, fear and anger. They wondered if they were failures as parents and this strained their marriage. Kristen remembers thinking that Jim’s job as husband and dad was to “fix it”. When he couldn’t, she was angry with him. The other family members felt this pain, too. Their son Nathan commented, “Even though the lights were on, there was still darkness in our home.”

The Lord used this suffering to get their attention in new ways. In addition to medical attention, Nicole began intensive discipleship at Harvest. She remembers being angry initially, but over time, God began to change her. Nicole began to discover that she wanted to be in control and she thought she could have it by not eating. She realized that she had to give control to the Lord. Once she sought God’s forgiveness, her awe of him began to increase dramatically.

“I have learned to give up control to the Lord and turn it over to him,” shared Nicole. “He is in control. To this day, it doesn’t come naturally to give things over to the Lord, but it has given me more confidence in him.”

Now, at 16 years old, Nicole’s life has dramatically changed. She is physically healthy and is growing in her walk with the Lord. God used her suffering to open her eyes to his work and presence in her life. “My suffering has helped me see Christ’s suffering on the cross with clearer eyes. What he did for me is now even more precious than before. He showed me that this life is not all there is. He gave me more of an eternal perspective. I see God bigger and know that I will be delivered eternally from my suffering.”

Jim and Kristen were also discipled at Harvest. Kristen said that before this suffering, they tried to live the perfect life. Kristen said, “This suffering has helped us slow down and see God at work more.” They keep a poster board at home and routinely record new ways they have seen God at work in their family. Jim said that there was a huge personal deliverance through Nicole’s suffering. God showed him how desperate he is for the Lord. While they were being discipled, Jim remembered being asked, “Do you love Jesus more than you want Nicole to get better? Do you want to glorify God more than you want to breathe?” In that moment, he realized how much he needed to center his life on Christ in everything.

Today, their marriage and family are stronger because of what God has done. They have realized the importance of biblical community at church. “We need community. Suffering wakes us up to our need for each other.”

God has delivered them by their suffering.

Some years ago, Paul was diagnosed with non-alcoholic cirrhosis and pulmonary hypertension. Each of these diagnoses is life-threatening, and the life expectancy ranges from one to ten years. Paul’s life has dramatically changed as a result. He must take a continuous infusion of medication that is keeping him alive, but he experiences terrible side effects such as nausea, headaches and dizziness. He is no longer able to work outside of the home, has to limit his physical activities and on some days is bed-ridden because of the pain and side effects.

Paul’s wife, Margie, is a nurse, so she knows full well the seriousness of the medical diagnoses Paul has received. She has become the primary financial provider for the family, works long hours and still manages to homeschool three of their five children.

“For better, for worse. For richer, for poorer. In sickness, in health,” shared Margie. “I never would have imagined ‘in sickness’ from our marriage vows to describe such a long stage of our life. I often wrestle with suffocating fear, envy of other moms who stay at home with their children more than I am able and many other emotions. However, God is graciously working in my heart.”

Today, Paul and Margie describe God as the Great Provider. God continues to provide for their financial and physical needs. There is always enough to pay for the food, clothing, housing, cars, medication and medical bills. God provides compassionate physicians who see Paul as a husband and father, instead of just a diagnosis. Most importantly, God provides for their spiritual needs.

“I must admit, the time of physical and emotional pain left me without words,” shared Paul. “I did not know what to say to God or anyone.” During those times of despair, God used Romans 8:26–27 to comfort and encourage him. God is teaching him through this suffering that Christ is not in heaven watching him suffer. He is near, and Paul is learning to worship the God of heaven alone. This gives him an eternal perspective, which means he has concluded that “it is better to be spiritually healthy than physically healthy.”

Margie also sees God’s great provision for her. Looking back on her life, she sees God’s sovereign hand guiding and directing her in preparation for this immense suffering she would endure with Paul. God “pushed” her toward nursing, which he uses to provide financial income and insurance for the family today. God graciously placed her loving, grandmother down the street so that she could come over often to help with homeschooling the kids. God “pushed” them toward Harvest, knowing that they would need the love and support of small groups in relational community. Many people at Harvest have loved, comforted and encouraged them through the dark days. She is continually reminded that she is not alone, and that God is faithfully working their suffering for his glory and their good.

God is delivering them by their suffering.

Neil has struggled with enslavement to pornography since he was young. Even after he gave his life to Christ at age 30, he continued to experience cycles of freedom from it and falling back into enslavement to it, which has left a destructive path in his marriage and family. The last time he went back to pornography, he questioned his salvation and love for his wife.

“I came to the point where I stood on the precipice and had to make a decision,” shared Neil. “Either God loved me in spite of all I had done, or I wasn’t really saved and I would abandon what I said I believed and give up on God and my marriage. This was one of the darkest moments in my life.”

Neil’s wife, Lora, suffered greatly because of her husband’s sin. It had a negative impact on every aspect of their relationship, especially in the areas of trust and intimacy.

“Questions about my adequacy as a woman seemed to run on a circular loop through my mind,” shared Lora. “I allowed fear, insecurity, anger and frustration to take root. I struggled with who I was as a wife and wanted to close myself off completely from Neil.”

It was during this dark time that Neil and Lora saw God working in their lives. Accompanied by a small group leader, Neil went to Twelve Stones Ministries for two days of intensive counseling. When he returned, Neil continued to be discipled at Harvest. Through these steps, the Lord showed Neil that His grace and love are “bigger than any sin that is controlling my life.” God revealed a selfish heart that was using pornography to escape the pressures of the world and find temporal happiness and contentment. Neil’s relationship with God was more about trying to do something to get closer to God than about having an abiding relationship with God. He repented, and the Lord poured out his grace and forgiveness on him.

“While Neil sinned against both God and me, the Lord revealed areas of my own life where I could grow,” said Lora. “God delivered me from my sin of pride in attempting to control Neil and his behavior. Instead, God taught me to give control of my life completely to him. God delivered me from believing that my identity and worth were in my looks, my performance and my ability to please others. This has helped me forgive Neil.”

Today, Neil and Lora continue to experience God’s goodness in their walks with him. Neil has a stronger desire than ever to draw closer to God and to look to him for happiness and contentment. He knows that the battle to look at pornography will never be over in this life, but by God’s grace and strength, he does not have to give into the temptation. His desire is to glorify God with his life, surrendered to him for his purpose.

Lora has grown in her trust of the Lord, which has enabled her to work at trusting Neil again. This is not always easy, she admits, but because God is always trustworthy, she is free to love, forgive and decide to trust her husband, even though there is always the risk that Neil will sin against her again. She rests in the Lord knowing that he will give her the grace she needs, no matter the circumstances.

God has delivered them by their suffering.

These three God at Work stories demonstrate that God is active in our suffering, and that He uses suffering to produce in us a greater love, joy and trust in the Lord. Be comforted and encouraged today to let your suffering drive you to your knees before the Lord in humble dependence.

God is delivering us all by our suffering.

What We Do: Encourage and Serve One Another

Messengers of the Gospel

What We Do: Pray