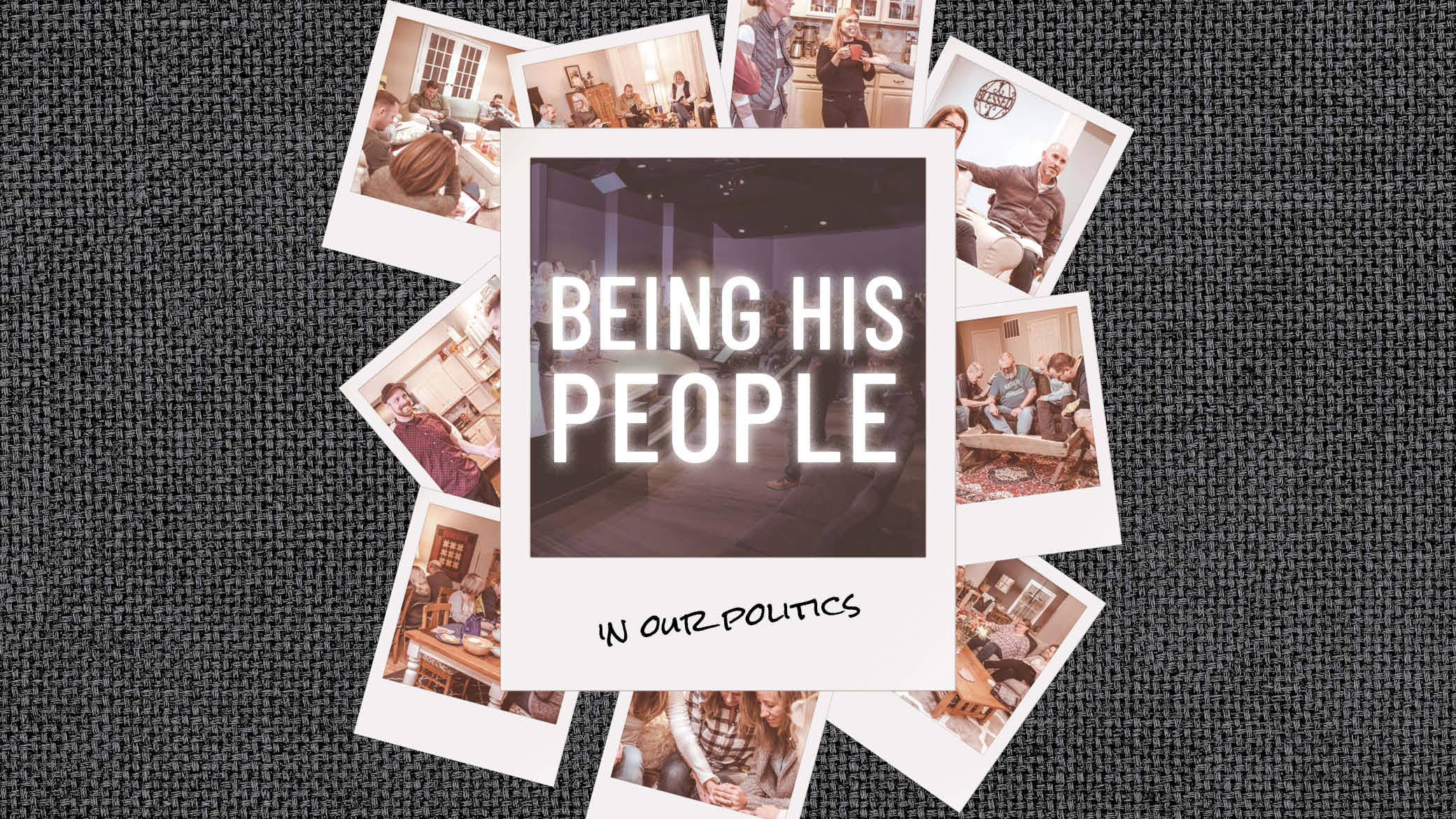 As we explore the letter of James together as a church family, we want to continue learning how to be God's people in our daily lives. This blog series brings together biblical truth and personal experiences on practical topics encouraging us to be like Christ.

THE HOPE OF THE WORLD?

It’s time again for that five-word question you’re not supposed to ask: Who are you voting for? Across the nation, households are divided, riots are breaking out, social media posts are flying off of thumbs and the hope of the world hangs in the balance of November’s decision. Or does it?

The main reason we should not feel “at home” in a political party is because we already belong to a political society. It’s called the Church. It transcends national borders and breaks down worldly barriers. There, we don’t vote for a president; we bow before a King… So, take hope, Christian. The Church will be around long after today’s empires and political parties fade away. If you want to put down roots somewhere, put them in the soil of the Church.[1]

IN AMERICA BUT NOT OF AMERICA

In John 17, Jesus prays for His disciples. He doesn’t ask that they would be taken out of the world. Rather, He asks that they would be kept from the evil one. Or, as we have popularly rephrased it, that they would be “in the world, not of the world.” So, what would it look like for us to be a people who are in America but not of America? Don’t get me wrong. I am very grateful for this country. My concern is that, sometimes, we are more passionate about being citizens of this country rather than citizens of heaven. Writing on this very concern Brett McCracken says:

The gravity of this problem cannot be overstated. If the church of Jesus Christ becomes more shaped by the temporal concerns of contemporary politics than by the eternal, kingdom concerns of Scripture, we’ve surrendered our last shred of relevance in a secular age…When the church fixes its gaze on CNN headlines more regularly than the pages of Scripture, it loses its prophetic edge. When union with the right candidate or cause matters more for Christians than their union with Christ, who would blame young people for losing interest in faith?[2]

It’s easy to get sucked in. After all, these are the loudest and most prolific voices we are hearing today. It’s far easier to read an article written for quick consumption than it is to mediate upon wisdom from our infinitely wise God. Just as in Saul’s day, God’s people can seek their comfort and security in a king “like all the nations” rather than fixing their hope firmly in their true King.

Paul makes a distinction between those who have their “minds set on earthly things” and those who live as citizens of heaven. In Philippians 3:20 he says, “But our citizenship is in heaven, and from it we await a Savior, the Lord Jesus Christ.” Those who set their minds on earthly things look for an earthly savior. Those who, with the faith of Abraham, “[look] forward to the city that has foundations, whose designer and builder is God” await a heavenly Savior. Of this second group, the writer of Hebrews says, “But as it is, they desire a better country, that is, a heavenly one. Therefore God is not ashamed to be called their God, for he has prepared for them a city” (Hebrews 11:16).

Brothers and sisters, have we lost sight of the reality that this world is not our home? Do we believe that our heavenly country is better than this country? Or are we fighting tooth and nail to experience heaven on earth? Are we so fearful of what might happen around us circumstantially that we are willing to compromise our consciences? Erik Reed makes this jarring observation, “Most of us have chosen heaven over hell, but not many of us have chosen heaven over earth.”

THE HOPE OF THE WORLD

The hope of the world does not rest on any decision made in November 2020. The Hope of the world hung on a cross in the first century AD, is alive today and will one day usher His people into His kingdom where peace, righteousness and hope will reign.

Who are you voting for? The answer to this question matters. Just not nearly as much as your answer to, “Who are you hoping in?”

Being His People... Wearing Masks as Surrendered Service

ALL IN: United in Truth! Week 4